Mickelson responds to Saudi criticism: 'I understand those who are upset' 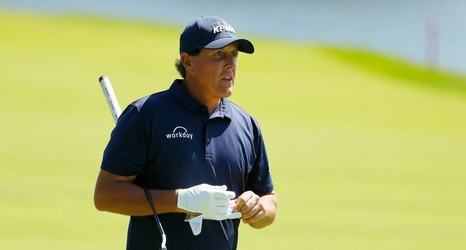 Facing criticism over his recent commitment to the European Tour's upcoming event in Saudi Arabia, Phil Mickelson took to Twitter Monday night to defend his decision.

Mickelson is the latest star to add his name to the field for the second-year Saudi International, a list that includes defending champ Dustin Johnson, world No. 1 Brooks Koepka, Tony Finau, Patrick Reed, Shane Lowry, Henrik Stenson and Sergio Garcia. While the event's existence has received scrutiny over the country's questionable human rights record and the government's alleged involvement in the 2018 murder of U.S.-based Saudi journalist Jamal Khashoggi, Mickelson said in a statement that he viewed his participation as "doing my bit to grow the game in the kingdom.