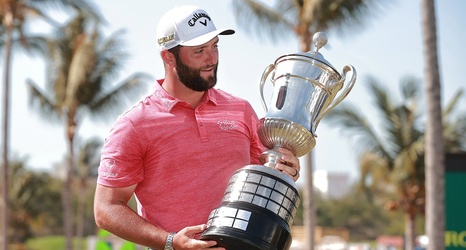 For winning the Mexico Open on Sunday at Vidanta, Jon Rahm collected his over $1.3 million winner's share of the $7.3 million purse.

Here are the complete purse and FedExCup points breakdowns for Rahm and the rest of the players who made the cut in Vallarta, Mexico: