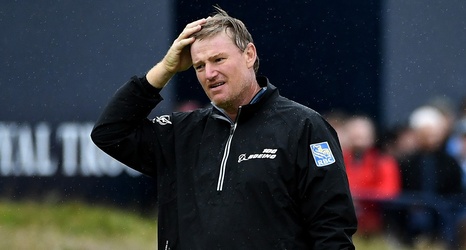 TROON, Scotland – Ernie Els knows exactly where his game is and it’s not yet ready for prime time after a second-round 76 that led him to a fourth missed cut in the last seven British Opens.

Els, 46, has won two Claret Jugs and, coming into this week’s British Open at Royal Troon, he felt he was playing well enough to capture a third at a course that disappointed him in 2004 (he lost in a playoff at that year’s Open to Todd Hamilton).

Add into the equation a fifth-place finish at the Quicken Loans National two weeks ago at Congressional Country Club, the same venue Els won the 1997 U.