McIlroy tops Koepka for PGA Tour Player of the Year 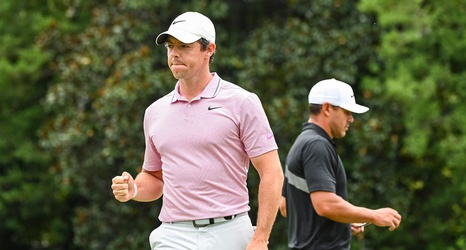 Rory McIlroy has won the PGA Tour Player of the Year Award for the third time, officials announced on Wednesday.

McIlroy beat Brooks Koepka, Matt Kuchar and Xander Schauffele in player voting for the Jack Nicklaus Award, which he also won in 2012 and ’13.

Although McIlroy won three times during the 2018-19 season, including bookend victories at The Players and Tour Championship, Koepka was considered the front-runner for the award thanks to his play in the majors.

Koepka became the fifth player to finish in the top 5 at all four majors in a single season with his victory at the PGA Championship, runner-up finishes at the Masters and U.