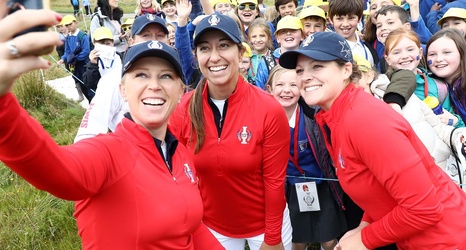 GLENEAGLES, Scotland – When Stacy Lewis notified U.S. Solheim Cup captain Juli Inkster last Thursday that her injured back might keep her from competing at Gleneagles, Inkster immediately picked up the phone and called Ally McDonald.

Inkster had already made the difficult decision to initially keep McDonald, the first player out in U.S. points, off the team and instead make her first alternate, but she also knew that the former Mississippi State standout was more than capable of stepping up if needed. She was pleased when McDonald agreed to fly to Scotland on Sunday instead of two days before the start of the event.