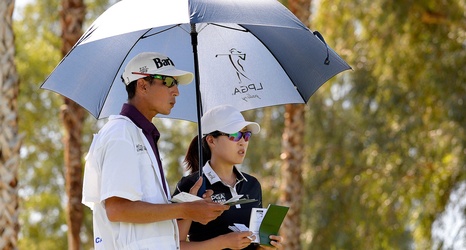 RANCHO MIRAGE, Calif. – Players can ride in carts during practice rounds and caddies can use them during the tournament to cope with the extreme heat expected for the ANA Inspiration next week in the California desert.

The LPGA announced the decision on its website Thursday.

Traditionally the first major of the season, the ANA Inspiration was moved from the first weekend in April to Sept. 10-13 when the COVID-19 pandemic forced the tour to shut down for five months.

Heather Daly-Donofrio, the LPGA Tour's chief operations officer, said in a memo to players and caddies that temperatures are expected to range from 105 to 115 degrees.