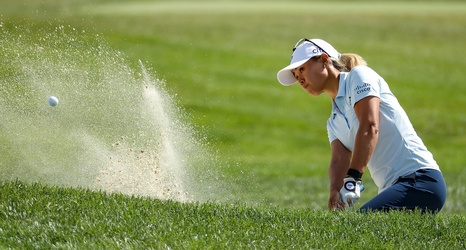 TOLEDO, Ohio – Danielle Kang went more than six months without competing and looked as though she had never been away, playing bogey-free at Inverness Club for a 6-under 66 and a one-shot lead in the LPGA Drive On Championship.

The LPGA Tour's much-awaited return from the COVID-19 pandemic brought an immediate sense of its new world. Kang had no idea where she stood after a closing birde.

"There aren't any leaderboards on the golf course," Kang said.

Inverness, where Paul Azinger beat Greg Norman in a playoff at the 1993 PGA Championship, is hosting the Solheim Cup next year and offered to stage the first event back for the LPGA Tour since the Women's Australian Open on Feb.