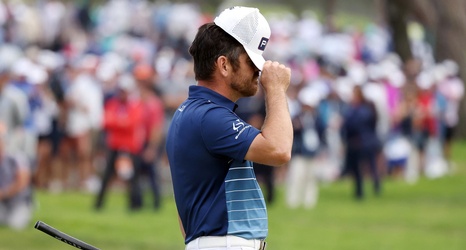 As Jon Rahm was experiencing winning a major championship for the first time, Louis Oosthuizen was all too familiar with the feeling that had once again come across him Sunday evening at Torrey Pines.

For the sixth time, Oosthuizen was a major bridesmaid.

While Oosthuizen already has a major, winning the Claret Jug back in 2010, he has now finished runner-up in a major championship on a half-dozen occasions after Sunday’s solo second to Rahm at the 121st U.