Long putter saved Park's career: 'I was going to quit' 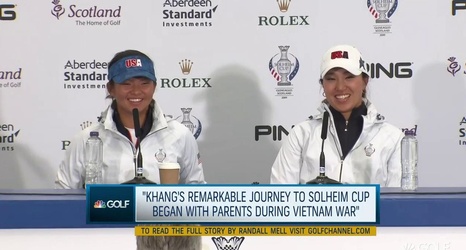 In fact, she didn’t commit herself to the broomstick until after the ban was established in 2016.

Because she was desperate.

Park said she might not be on the U.S. Solheim Cup team taking on Europe this week if not for the long putter.