Latin America Amateur winner to receive exemption into The Open 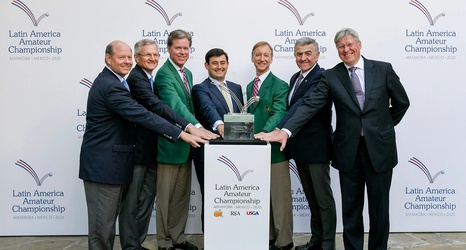 For the first time in the Latin America Amateur Championship's six-year history, its winner will receive an exemption into the game's oldest major.

The event, which has offered a Masters invitation to its winner every year since its inception in 2015, will now also offer a spot in The Open Championship.

“We are delighted to offer a place in The Open for the winner of the 2020 Latin America Amateur Championship,” Martin Slumbers, chief executive of the R&A, said in a statement.

“The championship has made huge strides in the five years since it was first played and you only have to look at the success that [2018 winner] Joaquin Niemann has enjoyed on Tour to recognize the growing strength of the top players in this region.