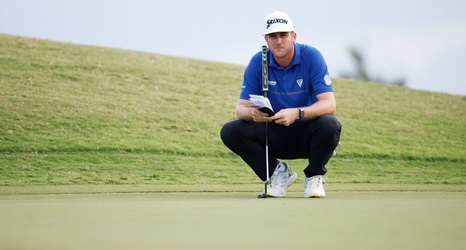 SOUTHAMPTON, Bermuda -- Taylor Pendrith's big game is working just fine on the PGA Tour's shortest course, giving the Canadian a three-shot lead going into the final round of the Butterfield Bermuda Championship.

Pendrith ran off four straight birdies around the turn at Port Royal, and then picked up two more birdies late in his round Saturday for a 6-under 65. He is going after his first PGA Tour title just four starts into his rookie season, and two weeks after he got married.

"I knew I was going to get on a run at some point during the round," Pendrith said.