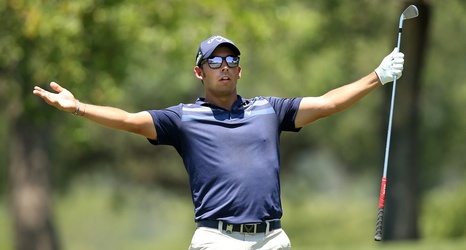 The Spaniard carded a 69 to go 9 under overall and ahead of first-round leader Wil Besseling (73) and home favorite Branden Grace (70).

Larrazábal was one of just five players to break 70 on a hot, windy day at Leopard Creek Country Club.

Larrazábal had a run of four straight birdies from Nos. 10-13 to respond to a double bogey on the par-3 No. 7 when he sent his tee shot right of the green and into the water.