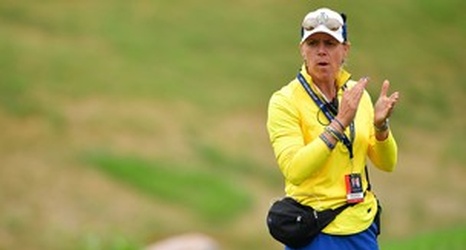 BOCA RATON, Fla. — Bernhard Langer eagled the par-5 18th for a 4-under 68 and a one-stroke lead Saturday in the PGA Tour Champions' Oasis Championship.

Langer rebounded from a bogey on the par-4 17th with the eagle to reach 12-under 132 at The Old Course at Broken Sound. The 61-year-old German star won the 2010 event and finished second last year, two strokes behind Mark Calcavecchia.

Marco Dawson was second after a 67, and David Toms (67) and Brandt Jobe (65) were two strokes back at 10 under in the first full-field event of the season.