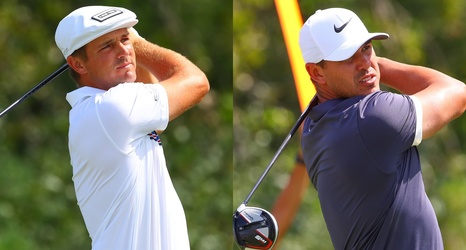 JERSEY CITY, N.J. – A day after making an impassioned defense of his pace of play, Bryson DeChambeau took his message to at least one high-profile opponent of slow play Sunday at The Northern Trust.

According to various sources, prior to his final round at Liberty National, DeChambeau told Brook Koepka’s caddie Ricky Elliott that if Koepka had a problem with his pace of play he should tell him directly.

Before teeing off for the final round the two were spotted talking.

“I mentioned his name once. I don't think I've come at him. I just talked about slow play, and obviously he feels I'm talking about him every time,” said Koepka, who added that he hoped to continue the conversation later on Sunday.