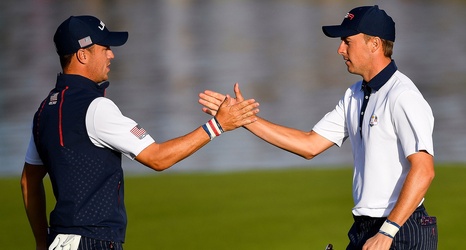 No two U.S. players have partnered more often in a Ryder Cup than Jordan Spieth and Patrick Reed, seven times, going 4-2-1 together.

That mark could fall this week.

Three years ago in Paris, France, U.S. captain Jim Furyk split up the productive Reed-Spieth pairing, much to the consternation of the Reed camp.

Reed went 0-2 with Tiger Woods as a partner. Spieth went 3-1 alongside Justin Thomas.

While Reed isn’t on this year’s U.S. squad, Spieth and Thomas have returned – as more than just teammates, one would think.

“I'm receptive for whatever is best for the team.