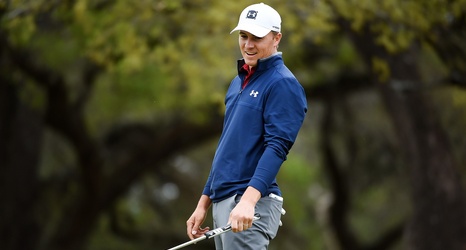 SAN ANTONIO – Jordan Spieth shot a 5-under 67 on Saturday to move into a tie for the lead heading into the final round of the Valero Texas Open.

Spieth and Englishman Matt Wallace are at 12 under after each player birdied their final two holes of the day. Wallace also posted a 67, and Charley Hoffman is alone in third at 10 under after shooting a 65.

Hoffman was seven shots back after a bogey at No. 4, but he finished up with six birdies and sank a 5-foot eagle putt at the 14th. He won here five years ago.