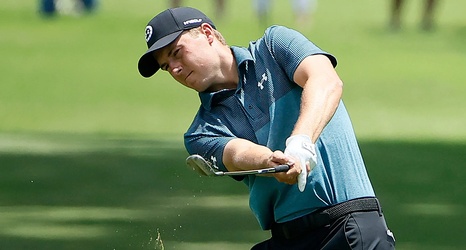 FORT WORTH, Texas – Jordan Spieth made a great finish out of the right rough, and still had the lead after three rounds at Colonial.

After hitting his final drive Saturday into the thick grass on an incline right of the No. 18 fairway, Spieth recovered with an approach to 8 feet before rolling in the birdie putt that gave him the solo lead again over playing partner Jason Kokrak in the final group at the the Charles Schwab Challenge.

Local favorite Spieth had his second consecutive round of 4-under 66 to get to 15 under at Colonial, where he was the 2016 champion and has been a runner-up two times.