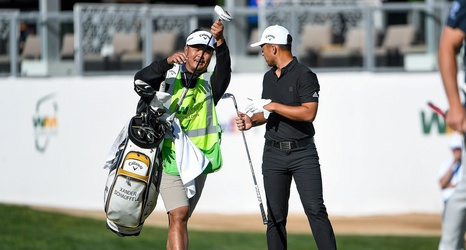 Jordan Spieth and Scottie Scheffler teamed up Thursday in Frisco, Texas, but it wasn’t at the PGA of America’s new headquarters.

The former Longhorns gave pickleball a go in the Celebrity Battle of the Paddle against Dallas Mavericks legend Dirk Nowitzki and American tennis star John Isner.

Despite a massive disadvantage in reach – Nowitzki and Isner are listed at 7-feet and 6 feet 10 inches tall, respectively, with wingspans to match – Spieth and Scheffler held their own and flashed some skills.

It should come as no surprise that two Masters champions excel at a sport that requires immense hand-eye coordination.