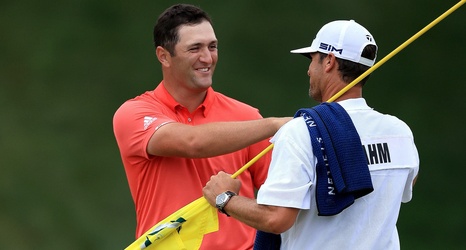 The year’s most high-profile free agent has found a new equipment home. Callaway Golf announced Monday that Jon Rahm has signed a multiyear endorsement deal with the company.

The world’s No. 2 player will play a full bag of Callaway clubs, including a prototype driver and irons and the Chrome Soft X golf ball, an Odyssey putter and wear Travis Mathew apparel under the agreement.

“I have confidence in my new Callaway clubs – and especially the golf ball, which has really impressed me during the testing process,” said Rahm in a statement.

According to Callaway, Rahm recently shot a course-record 59 at Silverleaf Country Club, his home course in Scottsdale, Arizona, and he’s scheduled to make his first PGA Tour start with his new clubs this week at the Sentry Tournament of Champions.