Jon Rahm can't get putts to fall, but leaves The Open as world No. 1 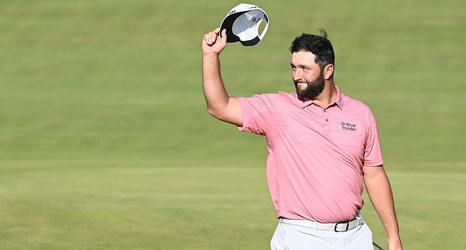 Jon Rahm made an eagle and four consecutive back-nine birdies on Sunday, but it wasn’t enough to secure his second major title in as many starts.

Rahm closed in 4-under 66 at The Open Championship to tie for third place. He adds that to his victory at the U.S. Open, a tie for eighth at the PGA and a tie for fifth at the Masters, making him the only player this year to top-10 in every major.

But if a couple of more putts had fallen at Royal St. George’s, particularly in the final round, he might have claimed back-to-back major titles.