Is there any stopping the U.S. from taking back the Ryder Cup? 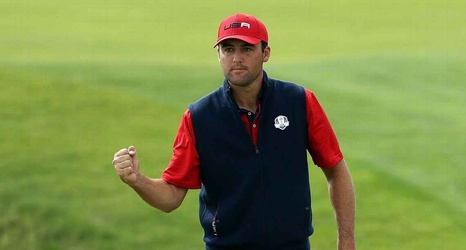 SHEBOYGAN, Wis. -- After taking it on the chin from the Europeans in the Ryder Cup for much of the past two decades, the stage is set for the U.S. to regain the Cup.

With an 11-5 lead heading into Sunday, the U.S. team needs only 3.5 points in 12 singles matches to reclaim the Ryder Cup. It's the largest lead heading into singles play since Europe had the same advantage in 2004 and the biggest for the Americans since a nine-point lead in 1975. No team has ever come back from more than four points down on the final day.