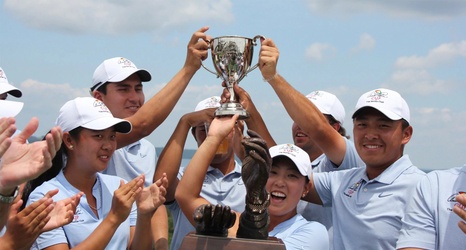 The U.S. had won six of the past nine Arnold Palmer Cups entering this week at The Alotian Club in Roland, Ark. However, the International team, expanded last year to include more than just Europeans (and women), turned the tide Sunday.

Entering the day with a five-point lead, the Internationals earned six points in the first eight singles matches before notching a 33.5-26.5 victory over the Americans for their first win in the annual matches since 2016.

Texas’ Agathe Laisne got the Internationals on the board Sunday with a 3-and-1 victory over USC’s Jennifer Chang.