Internationals lead 4-1: Breaking down each match from Day 1 fourballs 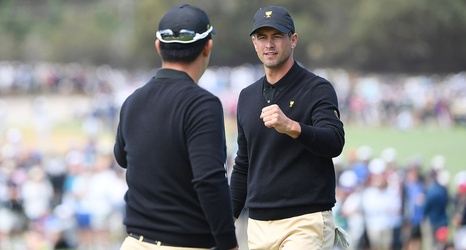 This was the Woods Show as he single-handedly won the match for his team, making six birdies in 15 holes. It was effortless. Thomas did not play well but it didn’t matter. After being 3 down after five holes, the Internationals won the next two.