Inbee determined to defend her Olympic gold, but she still has to make the team 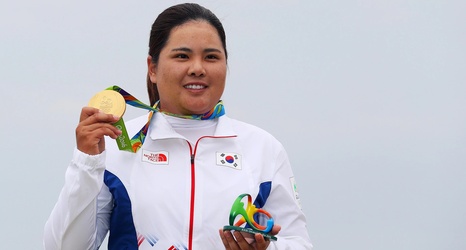 LAKE BUENA VISTA, Fla. – Inbee Park is turning up the intensity in a bid to get back to the Olympics, to give herself a chance to win another gold medal.

The fact that she is teeing it up at this week’s Diamond Resorts Tournament of Champions shows just how motivated she is to make it to Tokyo in August.

Park is playing the LPGA season opener for the first time since 2016, which, not coincidentally, was the last Olympic year, when even her own countrymen were writing off her chances in an injury-riddled season. In fact, a legion of South Korean golf fans that year thought she should surrender her spot in the Olympics to a healthier player with a better chance of winning.