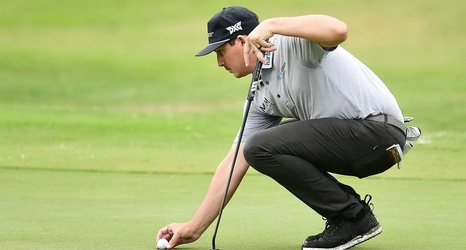 MEMPHIS, Tenn. – Joel Dahmen’s last six rounds on the PGA Tour included a 78, 79, 81 and 81, although all of those unsightly cards came at Muirfield Village, which ranked as the season’s most difficult course.

“I didn't look at them too closely,” Dahmen smiled on Saturday at the WGC-FedEx St. Jude Invitational when asked about those wayward rounds.

On Day 3 at TPC Southwind, those rounds seemed like a distant memory with Dahmen making five birdies through his first eight holes. When he birdied three consecutive after the turn it was like those two weeks at Muirfield Village never happened.