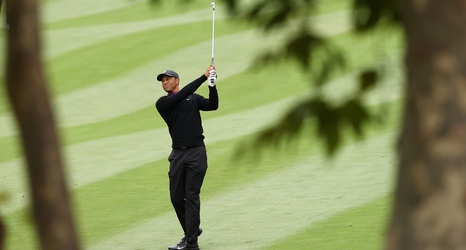 Tiger Woods had a career-worst day on the par-5s Thursday at the Zozo Championship, playing three of them in over par for the first time in his PGA Tour career.

He's solved those issues so far in Friday's second round at Sherwood Country Club.

Woods produced birdies at the par-5 second and par-5 fifth as part of a five-birdie front nine. He also had a bogey at the par-3 third as he made the turn in 4-under 32, which had him at 1 over and double-digit shots off the pace.

He then added his third par-5 birdie of the day, at the par-5 11th hole, to get back to even par.