Francesco Molinari Talks Golf, Pressure and Even Some Soccer 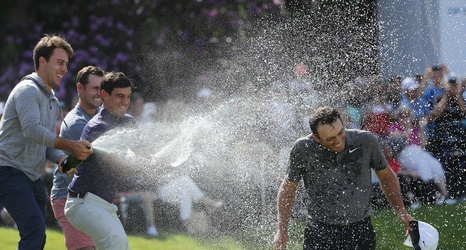 Francesco Molinari became the first Italian golfer to collect a major last year when he won the Open Championship. This year, Molinari, 36, defends the BMW PGA Championship at Wentworth Club in Surrey, England. He talked about defensive golf play, his record playing at Wentworth and how Italian golfers have it better than soccer players. The following conversation has been edited and condensed.

Last year, you said the BMW was the biggest win of your career. Why is that?

I think it was because of the way it came, playing in almost a match play sort of way with Rory McIlroy.