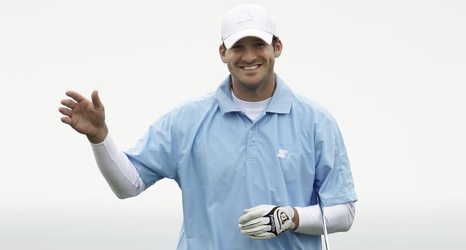 Former Dallas Cowboys quarterback Tony Romo will be competing on the Korn Ferry Tour in April when he takes part in the 2021 Veritex Bank Championship.

Organizers of the Veritex Bank Championship announced Tuesday that Romo will play in the event from Texas Rangers Golf Club in Arlington, Texas:

Romo has not been shy about his affection for golf, especially since retiring from the NFL. The four-time Pro Bowler told the Subpar Podcast with Colt Knost and Drew Stoltz (h/t Josh Berhow of Golf.com) in October that he will be on the course practicing "for a good six to eight hours" some days.