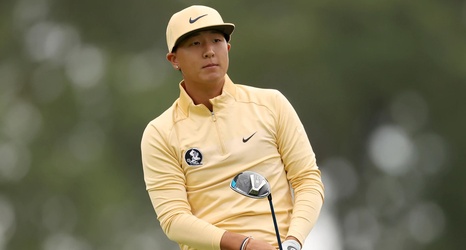 Florida State senior John Pak was one of 13 amateurs who started the week at the 120th U.S. Open. He was the only one left standing Sunday at Winged Foot.

The 21-year-old Pak, who opened his first major championship in 1-under 69, finished at 18 over, which was good enough for a share of 51st place and most importantly, low-amateur honors.

“I've never played in anything like this, a golf course this hard, a competition this tough,” Pak said. “It just proves that all this hard work that I've done is finally paying off, and it shows that my game is at a point where I can try and compete against the best players in the world.