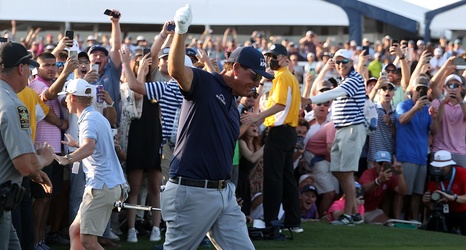 Be thankful that some notable players ended some noteworthy winless droughts. Stewart Cink, then 47, started the 2021 season by winning for the first time since the 2009 Open and Harris English rang in the New Year by ending a seven-year winless drought in Hawaii, before both going on to win a second time.