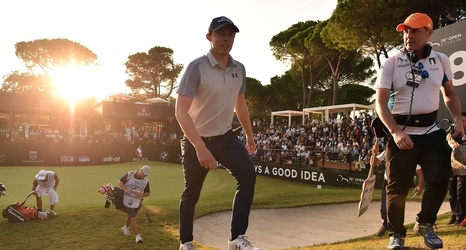 ROME — Five-time European Tour winner Matthew Fitzpatrick took a one-stroke lead after the second round of the Italian Open on Friday, while local favorite Francesco Molinari missed the cut.

Fitzpatrick, an Englishman, moved to 10-under par with seven birdies and one bogey for a round of 65 at Olgiata Country Club.

''Been a little while - Germany, which was back in June, last time I was challenging. When you're in these kind of positions, it's always exciting,'' Fitzpatrick said. ''That's why you play the game, and look forward to the weekend.''

Fitzpatrick is sixth in the Race to Dubai rankings and is looking to regain his spot in Europe's Ryder Cup team after missing out on the competition last year.