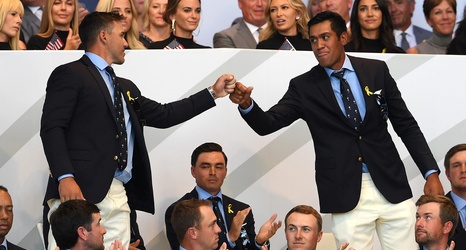 NASSAU, Bahamas – When Brooks Koepka notified his Presidents Cup teammates that he wouldn’t be making the trip to Royal Melbourne because of a left-knee injury, arguably no player was more bummed than Tony Finau.

Finau teamed with Koepka to go 1-1 in fourballs last year at the Ryder Cup, his debut in team competition for the U.S., and was already looking forward to reuniting with the world No. 1 in Australia.

“I’ve got some good friends on the team, some great options, and obviously I feel like I can play with any of the 11 guys, but it was pretty bitter for me when Brooks told me he was going to pull out,” Finau said Thursday at the Hero World Challenge, where he is among 11 U.