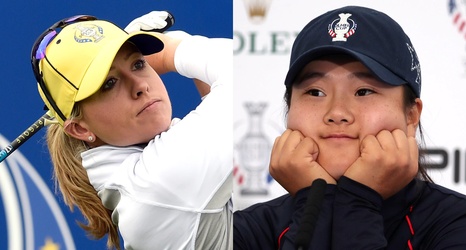 Inkster: 'It's been hard' on Yin with lost clubs

Each side began the week at Gleneagles with 12 players and 11 sets of golf clubs. Yin’s clubs failed to arrive with her on a connecting Aer Lingus flight from Dublin to Edinburgh over the weekend, as did Jodi Ewart Shadoff's.

But while Ewart Shadoff was reunited with her sticks late Monday evening, Yin is still waiting.