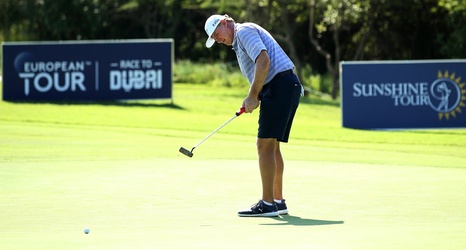 MALELANE, South Africa — Golfers were allowed to wear shorts during a European Tour event for the first time on Thursday because of sweltering temperatures.

The decision to relax rules at the 2020 season-opening Alfred Dunhill Championship in South Africa was made after discussions between players, European Tour CEO Keith Pelley, and tournament host Johann Rupert. It applies for this event only.

Temperatures are predicted to reach 40 degrees Celsius (104 F) over the next few days at the Leopard Creek Country Club, which borders the Kruger Park wildlife reserve in northern South Africa.

“We felt that in this situation it was a good move,” said the European Tour’s David Williams, the tournament director.