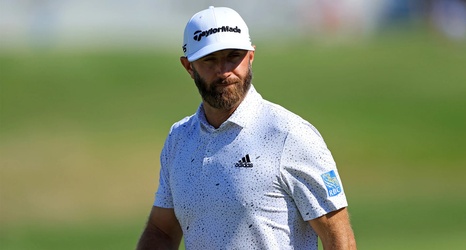 Winless since his 2020 November Masters triumph, Dustin Johnson showed signs that his game is returning to form on Day 1 of the AT&T Byron Nelson.

Johnson was 5 under for his first nine holes, his lowest opening-nine score this year on Tour. However, he carded four bogeys on the back, but matched those with four birdies to finish with an opening 5-under 67, seven shots off Sebastián Muñoz's lead after Round 1.

"Swinging well," Johnson said. "Obviously few mistakes, but more — one was a three-putt. Couple iron shots just missing wrong side. Other than that, I played well, drove it good, hit a lot of really nice iron shots and rolled the putter pretty well.