Don't count Els out at this year's Open 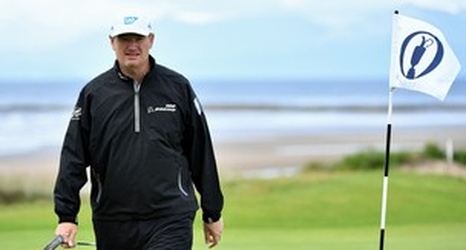 TROON, Scotland – Ernie Els played his first Open in 1989 and hasn’t missed the event since 1992. Muirfield and Royal Lytham stand out, because he won there, but Royal Troon also holds a special place in the South African’s heart.

He finished runner-up to Todd Hamilton in 2004 and tied for 10th in ’97 when the Open was played at Troon.

“I really like the golf course,” Els said on Wednesday. “I actually like it more this time around than I did in ’04. It’s a bit greener, in ’04 it was brown and these greens are so small that it makes it difficult to control the ball into the greens.