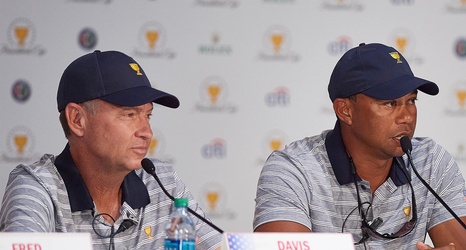 With two months until the Presidents Cup, Davis Love III is back on the PGA Tour – as a competitor, yes, but also as the U.S. captain looking to do some reconnaissance.

Making his first Tour start since April, Love is in the field this week at the Rocket Mortgage Classic. Perhaps not coincidentally, he has landed in one of the featured groups, alongside Will Zalatoris and Cameron Young, both of whom will likely be first-time participants at Quail Hollow in late September.

“It’s a good week for me to be out, and I’ve learned a lot already,” Love told reporters Wednesday at Detroit Golf Club.