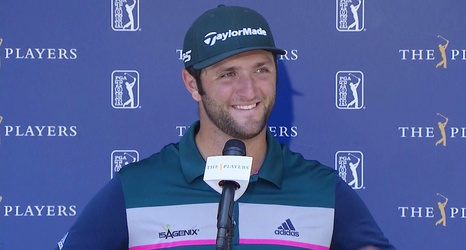 PONTE VEDRA BEACH, Fla. – In practice the void between potential and production, at least in golf, is a three-shot par 5 with a couple forced carries thrown in.

As a rule rather than exception, can’t-miss kids almost always miss. Some go quietly, slipping into mediocrity without much fanfare; while others crash loudly into oblivion.

An actual prodigy, a genuine article who exceeds even the most lofty expectations is the most uncommon, an urban legend managers and equipment manufacturers search for but rarely find.

There were familiar conversations when Jon Rahm turned pro last fall, hushed comments about how good the Spaniard could be and a rush to sign the would-be world-beater to an endorsement deal.