Colt Knost could miss cut due to PGA of America’s pin-sheet error at No. 10 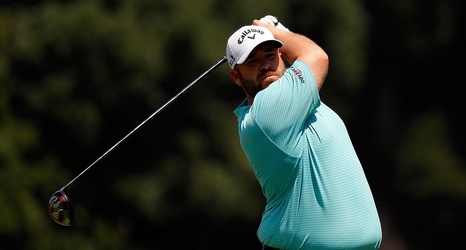 SPRINGFIELD, N.J. – Colt Knost stood in the middle of the 10th fairway with a 5-wood in his hand for his second shot in Friday’s second round of the PGA Championship.

The rain was falling relatively hard and at 7:00 in the morning the sky was still dark on Baltusrol’s lower course.

Knost pulled out his yardage guide and pin sheet, determined he was 211 yards to the pin, which according to pin sheet was 21 paces from the front and four paces from the left edge.

Aiming right of the pin, toward the fat of the green, the shot landed right of the flagstick, in what Knost thought would be safe for the hole location, but instead when he got to the green found the hole was not left, but right, 19 paces from the front and five paces from the right edge.