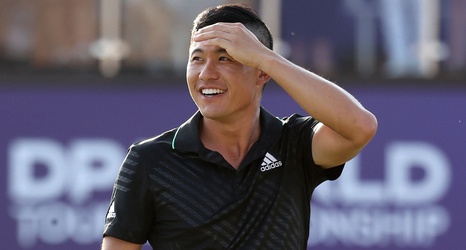 Open champion, Ryder Cup winner and now the first American to finish a season as the European Tour's No. 1 player.

It's been quite the year for Collin Morikawa.

The 24-year-old Californian showcased his world-class iron play down the stretch in making five birdies in his last seven holes to overhaul a fading Rory McIlroy and win the DP World Tour Championship with a final-round 6-under 66 on Sunday.

With the three-shot victory, Morikawa sealed the Race to Dubai title as the leading points winner on the European Tour.

"It's an honor to be the first American to do that, to put my name against many, many greats and Hall of Famers," Morikawa said.