Clank off flagstick turns the tide for Rory McIlroy, who closes Dubai in 74 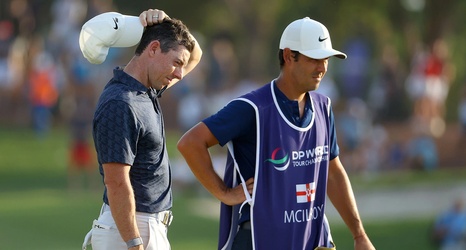 Leading by one at the par-4 15th, and following 335-yard drive, McIlroy’s 36-yard approach shot clanked off the flatstick and into a greenside bunker.

He failed to get up and down from there, while playing competitor Collin Morikawa made birdie on the same hole. The two-shot swing gave Morikawa an advantage he’d never relinquish.

McIlroy fell two strokes back after three-putting for bogey at the 16th hole.