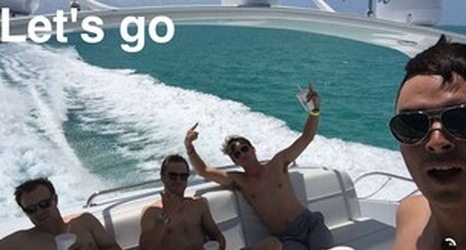 HUMBLE, Texas – A day after Cole Hammer declared that he had what it took to win the Houston Open as an amateur, the 20-year-old University of Texas standout proved Thursday that those weren’t just empty words.

Hammer shrugged off an early double bogey to card eight birdies and shoot 5-under 67 in the first round at the Golf Club of Houston.

“That’s not a bad start in my book,” said Hammer, currently the world’s second-ranked amateur.

Even in a day and age where PGA Tour winners are getting younger and younger, few could argue.

Hammer, making just his second pro start and first since the 2015 U.