Can the U.S. Ryder Cup team get along for one week? 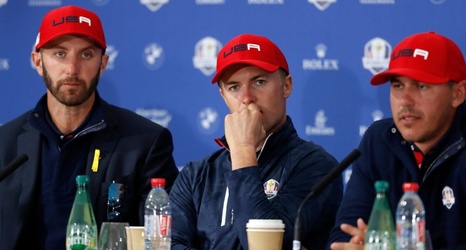 SHEBOYGAN, Wisc. -- Brooks Koepka and Bryson DeChambeau are unlikely to sit together, eat together or chit-chat together this week at the Ryder Cup. But what if they played together? Would the previously derisive "Brooksy'' chants from the gallery then be considered complimentary?

As silly as all that sounds, that is where we are as the Americans try to beat Europe for one of the rare times, having lost nine of the last 12.

The long-time narrative is once again in play: Can the U.S. put aside any so-called differences, bond as a team as Europe has seemingly done, and prevail?