Bubba Watson, Kramer Hickok tied for Travelers lead at 10-under 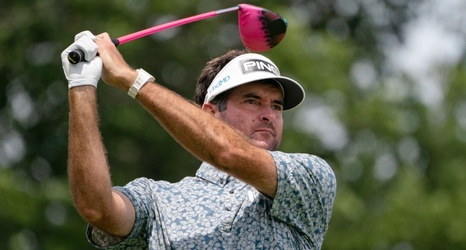 CROMWELL, Conn. --Three-time Travelers champion Bubba Watson picked up three strokes on Kramer Hickok over the final two holes, shooting a 2-under 68 on Saturday at TPC River Highlands to pull into a tie for the lead with the minor league tour regular at 10-under par.

Hickock, who has never won on the PGA Tour, was 12 under - two strokes ahead of Jason Day and three in front of Watson - heading to the 17th before flying the green and missing a 10-foot par putt. He was still a stroke ahead of the final pairing before three-putting from 8 feet on No.