Brooks Koepka Shades Rory McIlroy: He Hasn't Won a Major Since I've Been on Tour 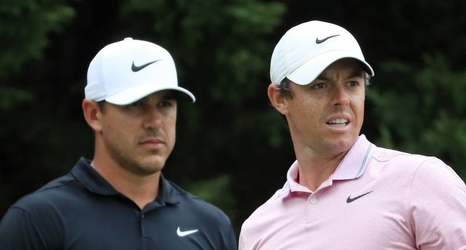 Brooks Koepka isn't buying into the notion that he and Rory McIlroy are rivals on the golf course.

Koepka recently downplayed the concept of rivalries in golf during an interview with Daniel Hicks of the American Foreign Press.

He also noted McIlroy's performance does not quite match up to his: "I've been out here for, what, five years. Rory hasn't won a major since I've been on the PGA Tour. So I just don't view it as a rivalry. I'm not looking at anybody behind me. I'm No. 1 in the world. I've got open road in front of me.