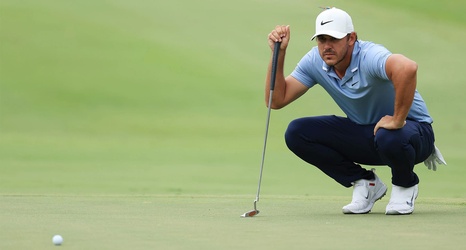 MEMPHIS, Tenn. – If Brooks Koepka was looking for a silver lining in his game this week at TPC Southwind, he’s certainly found it.

Despite a second-round 71 and a poor start on Saturday, the defending champion rebounded for a third-round 68 that moved him to within three strokes of the lead held by Brendon Todd.

Another poor day on the greens was off-set by some of the best ballstriking he’s had since he won last year’s WGC-FedEx St. Jude Invitational.

“I'm hitting it good, I like where it's at. I think there's still a little bit of room for improvement just for comfort as far as the changes we made are only five, six days old now,” Koepka said.