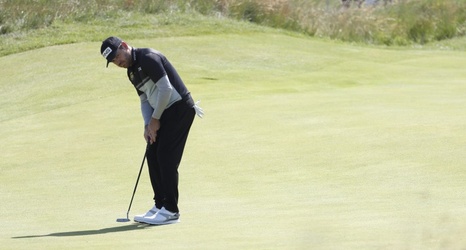 Louis Oosthuizen is once again in contention for a major title, but The Open Championship remains wide open with three days remaining.

Big names like Jordan Spieth, Webb Simpson and Collin Morikawa are within a few strokes of the lead, while Dustin Johnson, Brooks Koepka and Rory McIlroy are capable of posting low numbers over the next few rounds.

The course at Royal St. George's in Sandwich, England, certainly won't make it easy for anyone on top of the leaderboard to pull away.

It could create plenty of drama heading into Round 2 Friday.