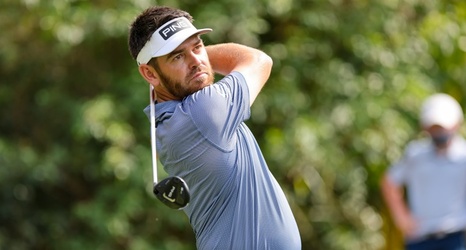 Eleven years after winning The Open Championship, Louis Oosthuizen is in the driver's seat to do it again.

The 38-year-old took a first-round lead with a six-under-par 64 at Royal St. George's Golf Club on Thursday.

Oosthuizen was far from the only player who got off to a strong start. Jordan Spieth and Brian Harman are tied for second place at five under. A group of five players are tied in fourth place.

Collin Morikawa and Tommy Fleetwood are among 10 players at three under.