At the P.G.A., Bethpage Black Has Everything Except Much Water 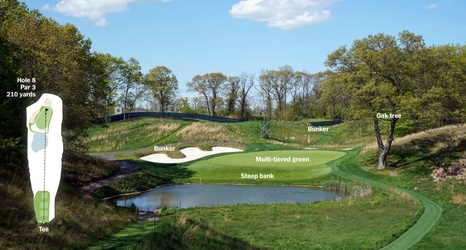 More than 200,000 fans are expected to attend this week’s 2019 P.G.A. Championship at Long Island’s Bethpage State Park Black Course, and each will be permitted to bring one unopened water bottle to the event. There will also be sprinklers embedded in the grass to irrigate the fairways, miles of spray hoses used by maintenance crews and, according to the weather forecast, rain showers that might create temporary puddles in the parking lots and walkways.

There will be water everywhere except where fans would most expect it — in play on the golf course.

While the feared Black Course is among the most daunting tests in major championship golf, the layout is nearly devoid of the usual streams, creeks, lakes or other water hazards typically featured at a golf course.