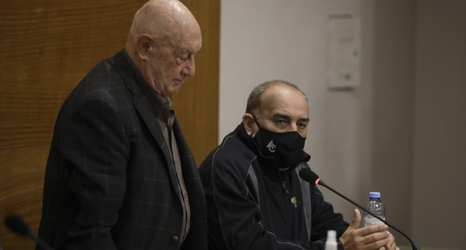 Golfer Angel Cabrera was sentenced to two years in Argentina for assaulting his former partner.

Cabrera was convicted of assaulting, threatening and harassing Cecilia Torres Mana, his partner from 2016 to 2018. He was arrested in Rio de Janeiro in January for assault, theft, illegal intimidation and repeated disrespect to authorities after attempting to flee the charges.

"His situation is much more complex than this, he has other charges for which there are arrest warrants, too. There are other victims," prosecutor Laura Battistelli told Todo Noticias.